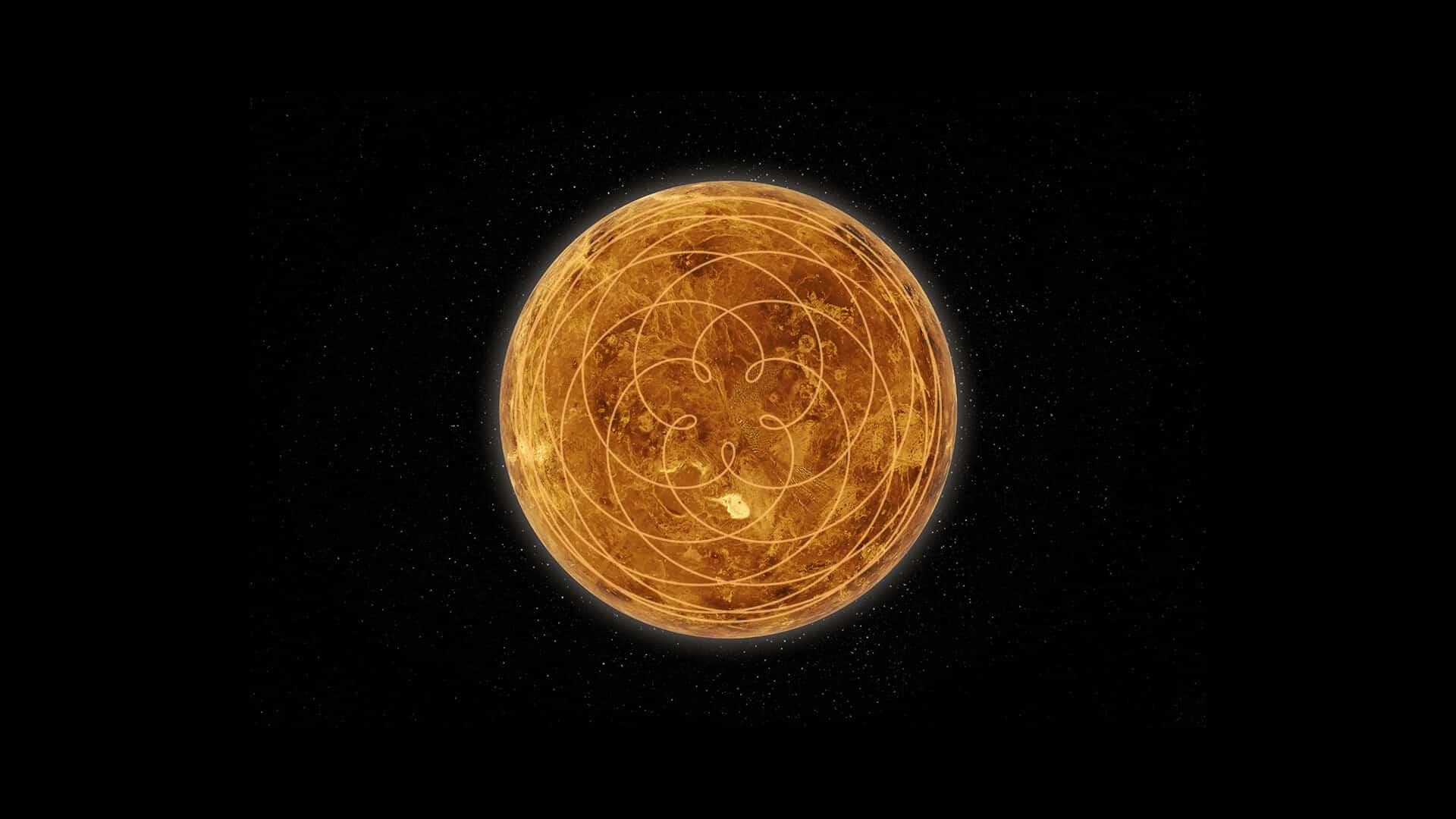 Venus Star Point in Libra 2022: Coming Back to our Hearts

On October 22, 5:17 PM ET, Venus joins the Sun in a conjunction, also referred to as Venus Star Point, happening at 29º26’ of the sign of Libra, and offers us an invitation to come back to our hearts and take the time to truly listen.

The term Venus Star Point was first introduced by Astrologer Arielle Guttman, who studied in great detail the Venus cycle and the resulting geometry. The last Sun-Venus conjunction took place at 18°43’ of Capricorn on January 8, 2022, while Venus was retrograde, and the next one is going to be in August 2023 at 20°28’ of the sign of Leo while Venus will be once again in retrograde motion. These conjunctions, over the course of eight years, form a precise pattern that looks like a five-pointed star or a five petals rose. Let’s explore more deeply how the Venus cycle works.

Inferior and Superior conjunctions of the Sun and Venus

If we compare these to the lunar cycle, we can say that the inferior conjunction has a similar feeling to a New Moon, while the superior conjunction instead is more similar to a Full Moon. Venus is now in direct motion, so we are experiencing a superior conjunction: this alignment brings things to the surface and invites us to release old relationship patterns and wounds, facilitating a clearer understanding of our experiences as well as a deeper awareness of our values.

Understanding the Venus Cycle and its Meaning

Venus’ synodic cycle, calculated as the period between one inferior conjunction to the Sun to the next one, lasts 584 days. Analyzing Venus’ cycle over an eight years period, we can notice that the Sun-Venus conjunctions repeat themselves in the same five signs, forming a pattern of a five-pointed star or five petals rose based on the Sacred Geometric Golden Ratio. The signs that are being activated now are Capricorn, Libra, Leo, Gemini, and Aries. The previous conjunctions used to happen in Scorpio instead of Libra, and we are experiencing the first Sun-Venus conjunction in Libra since 1879: for this reason, this alignment is especially relevant. Moreover, Libra is Venus’ Air home sign, and the Goddess of Love and Beauty is very powerful here.

This Venus Star Point in the sign of the Scales marks a turning point in our awareness of our relationship patterns and dynamics as well as in our awareness of what balance and peace are and what balance and peace are not. Venus’ prominence is always an invitation for us to come back to our hearts, align with our values, commit to self-love, and renew our connections with both others and ourselves. 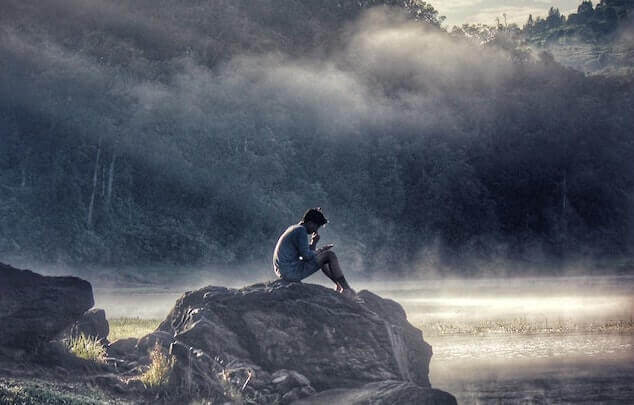 Transits of Venus and shifts in her cycle inspire us to deepen our reflection on the way we relate to wealth and abundance, as this planet has also a correlation with finances and with the global economy. It is also a time to discover how we can deepen our ability to be receptive, feel pleasure, and let love in, to explore our connection to art and beauty, as well as our relationship with the Feminine, intended as an energetic principle.

The fact that the Venus-Sun conjunction is happening on the last degree of Libra, the 29º is interesting to notice. The 29º anaretic degree is a significator of closure, fulfillment, and culmination. However, this is also a new beginning as Venus Star Points travel backward when changing signs and the current alignment is the first one in Libra after more than a century.

Meditating on the Sabian Symbol of Libra 30, associated with the 29º of Libra, can be a useful tool to deepen our reflections about the significance of the current Venus Star Point in Libra. The Sabian Symbol of Libra 30 is “Three mounds of knowledge on a philosopher’s head”. This symbol speaks of embodied knowledge deriving from direct experience, of an awareness that goes beyond mere logical understanding. It evokes a feeling of a quiet, grounded, still presence, profoundly immersed in contemplation.

Number 3 is a sacred number correlated with divine perfection, unity, wisdom, and completion, and it is powerfully represented in many different spiritual traditions, cosmologies, mythology, and esoteric symbolism – just think of the Trinity, the triple Moon goddesses, the three Moiras. Libra 30 Sabian Symbol has a lot to do with integration and balance, and it can be seen as the culmination of the quest associated with the previous Libra 29 Sabian Symbol “Humanity seeking to bridge the span of knowledge”.

Venus Star Point in Libra October 2022: Coming Back to our Hearts

Around this time, we may experience mixed or contrasting feelings. On the one hand, we are gaining a much clearer awareness of how our past and our reactions to what we experienced have been shaping our lives, our relationships, our values, our beliefs, and our experience of existing in our bodies. Nonetheless, on the other hand, we are still in the process of integrating all this information, we are getting to the root of our patterns and working on establishing new ones while learning to inhabit the body differently. It takes time. Transitions are complex and messy, they are often confusing, they can bring things to an extreme before we fully alchemize them, and this shift in the sign of the Venus Star Point can be one of these transitions. 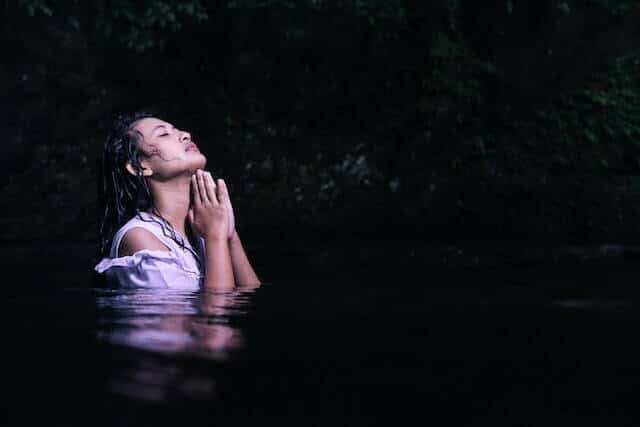 Currently, Venus is invisible from our perspective on Earth, and from now on, she slowly shifts from being a Morning Star to becoming an Evening Star. After the upcoming inferior conjunction in Leo of August 2023, Venus becomes a Morning Star once again. Venus becoming an Evening Star is an event marking a transformative and initiatory journey that can be compared to Inanna’s mythological descent into the underworld. This theme is emphasized by the fact that Venus is now squaring Pluto, tomorrow enters Scorpio, and she is going to be tightly conjunct Sun and Moon in the sign for the New Moon Solar Eclipse of October 25.

This Venus Starpoint in Libra is happening while both the Sun and Venus square Pluto in Capricorn and trine Mars in Gemini. The Sun-Venus-Pluto square is particularly interesting to consider as it indicates a need for depth of relating as well as a simultaneous fear of losing ourselves in the other. This can indicate resistance in fully surrendering, opening up to receive, and truly committing to a relationship, as we fear being trapped and devoured by it.

The tension, friction, and need to remain in control can generate power struggles and push-pull dynamics, unconsciously aimed at manipulating and establishing dominance. However, if we don’t resist the immense transformative potential that this configuration offers, we have an opportunity to experience profound transformations in our sense of identity, in our relationships, in our values, and in our purpose, that have the potential to ripple in all other areas of our lives.