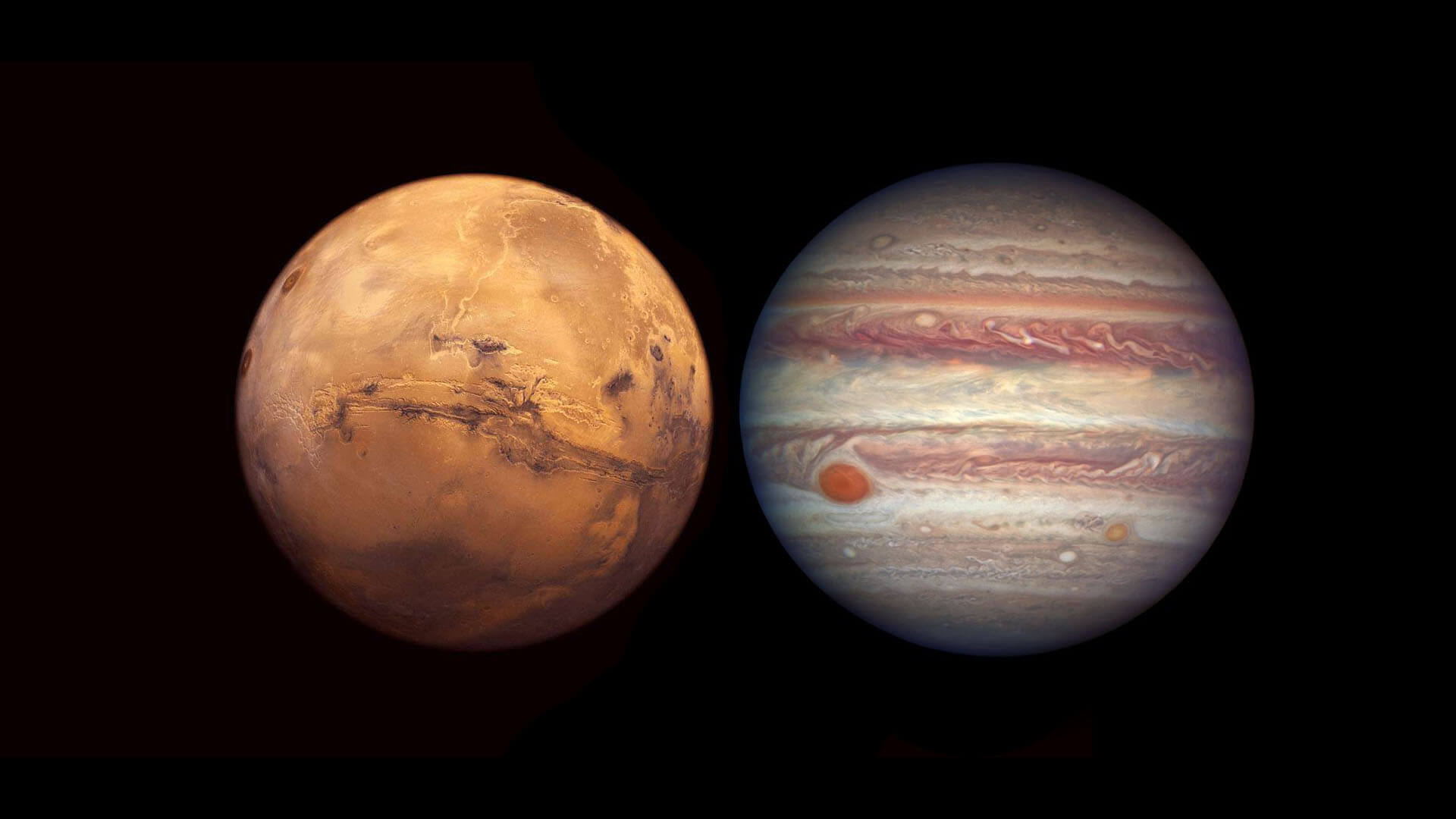 On October 19, 01:37 AM ET, retrograde Mars in Aries creates a square aspect to Jupiter in Capricorn, now in direct motion.

The first square between the two planets happened on August 4, when Jupiter was retrograde and Mars was direct, and there will be a third one on January 23, 2021. When the next square takes place, Mars will be in Taurus and Jupiter in Aquarius. We are now experiencing the second chapter of the process, and issues that first came up during August can resurface and be seen under a different light.

While the Mars-Jupiter square is taking place, we also experience the second opposition of a cycle of three between retrograde Mercury in Scorpio and retrograde Uranus in Taurus, exact at 10:53 PM ET. This aspect can reflect sudden revelation, unexpected news, and the disclosure of previously hidden dynamics.

The planetary configuration of the day has the potential to reflect the exposure of behaviors, people, and organizations that are not rooted in integrity. Retrograde Mars square Jupiter emphasizes the need to be true to ourselves, and the friction generated by this aspect invites us to make an effort to pause and reflect before reacting to triggers.

The retrograde transit of Mars through his home sign and his cycle of squares to Pluto, Saturn, and Jupiter in Capricorn is an energy that can bring a fair amount of frustration, especially for those of us who have Mars or the Aries archetype emphasized in their birth chart.

Both Mars and Aries are very fiery energies that need fast, instinctual action, forward movement, unrestricted freedom. The fact that Mars is retrograde means that his function is internalized, directed inwardly rather than outwardly. This transit can slow us down and make it harder for us to manifest immediate changes in the external world and the 3D reality. 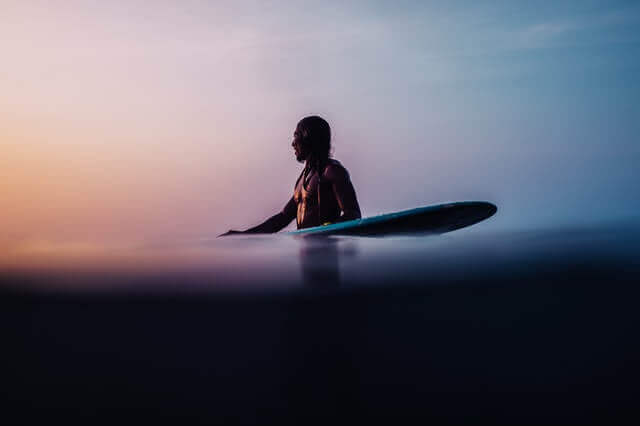 Nonetheless, the internalization of Mars energy has the purpose of inviting us to use the tension we experience as fuel for conscious action, to find new sources of motivation, new ways of moving forward, that are more aligned with who we truly are, with our individuality.

All retrograde planets promote the process of individuation and self-actualization. Ultimately, they facilitate self-knowledge, originality, and creativity, as they force us to solve problems in different and unusual ways.

Jupiter, as an archetype and a function of our consciousness, represents our need to believe in something, to have a higher perspective of life: it reflects our search for meaning. Jupiter is related to our intuition, to our right brain, to experiential knowledge, life-experience, philosophy, cosmology, and metaphysics.

Before the discovery of Neptune in 1846, Jupiter was considered the ruler of both Sagittarius and Pisces. For this reason, both planets have a natural correlation with spirituality, mysticism, and the search for truth.

The difference between Jupiter and Neptune is that Jupiter is associated with personal truth while Neptune corresponds to absolute truth: when we confuse the two, and we mistake our personal truth with the absolute truth, huge distortions of the function of Jupiter can happen. Expressed unconsciously, Jupiter is related to arrogance, dogmatism, to fake gurus and teachers, to the need to convince and convert others to our point of view in order to feel safe.

Jupiter’s transit through Capricorn started in December 2019 and it was marked by his conjunctions with Pluto and Saturn. During this time, Jupiter has been contributing to the shift in the societal structure and in global consciousness that we are experiencing. As we revisit our ideas of ethics, morality, and our belief systems, the way we perceive our social function and the role we aspire to have in the world is changing dramatically.

This year-long transit is helping us confront the existing reality and recognize what no longer works, what no longer feels authentic. The purpose of Jupiter in Capricorn is to support our movement towards the future, and to inspire us to envision new structures.

Issues related to the past may resurface during these days, as Jupiter is the planetary ruler of the Sagittarius South Node, a point in space strongly related to our personal and collective karmic past.

Moreover, Jupiter is famous for expanding whatever he comes into contact with: the Mars-Jupiter square can reflect an increased restlessness, nervous tension, and awareness of the friction between the options available to us at this time and our real desires. We may experience some frustration due to our need to be true to ourselves and our purpose and our limited capacity to take action.

Meanwhile, the Mercury-Uranus opposition is putting the spotlight on hidden agendas, on the subconscious motivations and psychological dynamics behind our impulses and desires, on the unconscious ways we try to create safety and security. Trust, betrayal, and vulnerability are big themes of the whole Mercury retrograde transit through Scorpio: this is another aspect that can bring us back to the past. If you haven’t already, we invite you to download our new free Mercury Retrograde ebook to learn more about true meaning of Mercury Retrograde.

Through these planetary transits, the Cosmos invites us to be honest with ourselves and to keep searching for meaning and purpose. In particular, the Mars-Jupiter square reminds us to be true to our nature, even when we need to confront hardships and challenges. 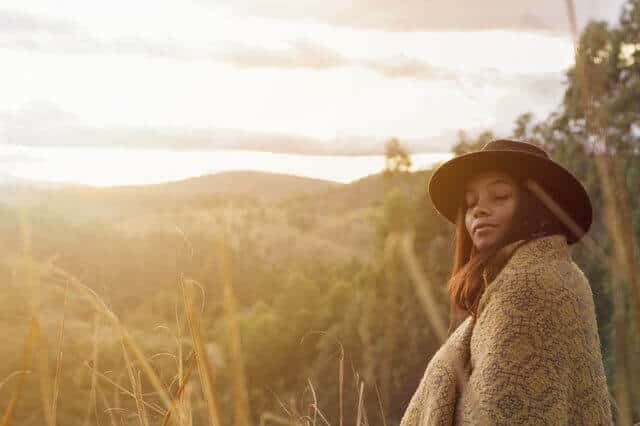 Ultimately, the friction created by all squares has the function of promoting changes in our approach to an issue. The type of square taking place between Mars and Jupiter is also known as a “crisis in action” square, that brings to the forefront issues related to how to implement concrete and tangible changes in the actual reality while being in integrity with who we are and what we believe in.

During these days, beware of impulsive and explosive reactions and be mindful of the way you react to triggers. Pausing and reflecting before responding, giving ourselves the time to wait and listen instead of being immediately defensive or aggressive can offer us the opportunity to direct our willpower and our energy in more constructive ways.

Jupiter invites us to be optimistic, to have faith in ourselves and in a higher order. Aspects to this planet always reminds us to seek the deeper meaning of whatever we are experiencing, and to navigate it without losing hope in a better future.

Comment below with what resonated with you the most and tap on the heart if you found this article helpful.